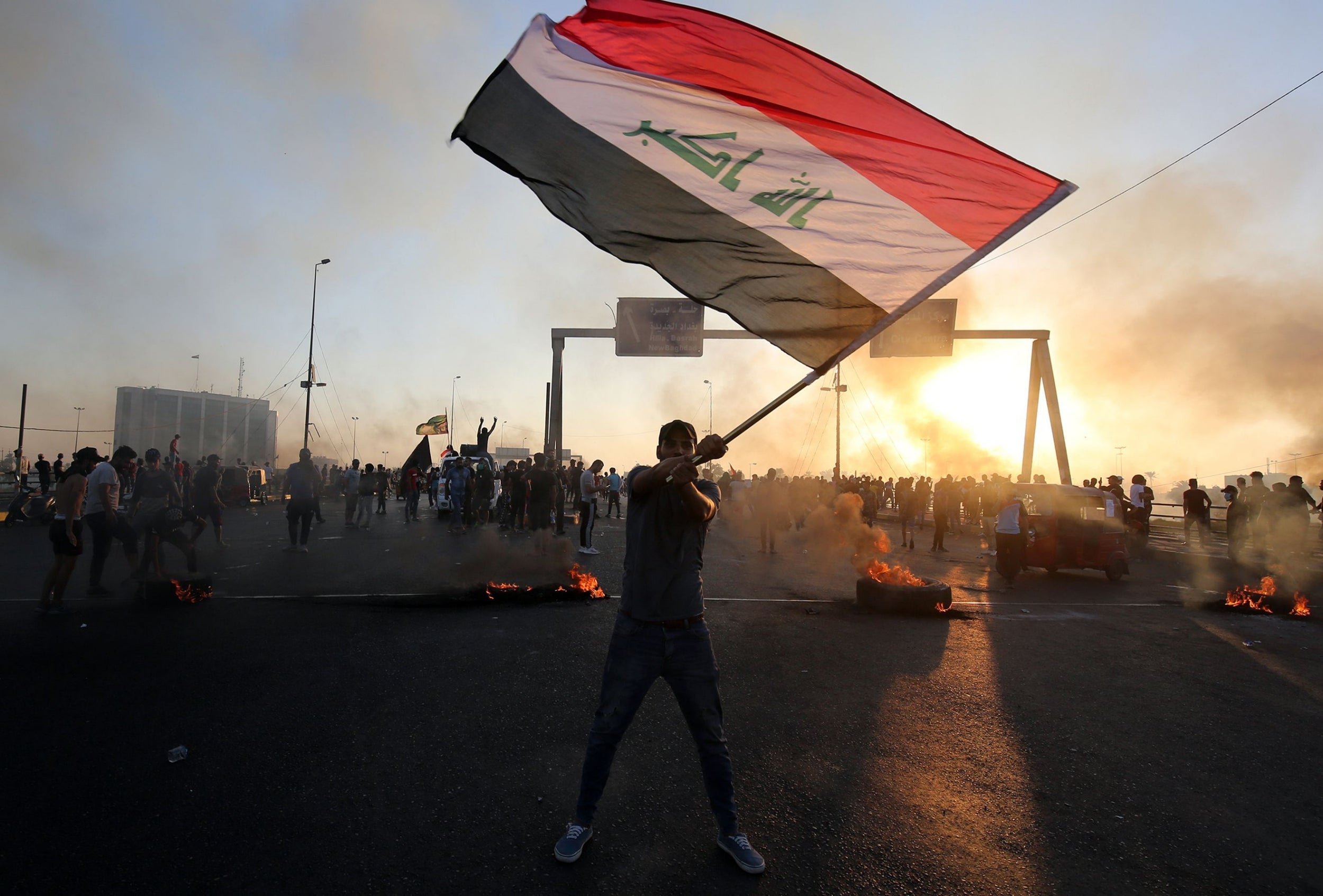 Iraqi paramilitary groups close to Iran are suspected of joining attacks on protesters in Baghdad and other cities, leading to heavy loss of life among demonstrators. Some 107 people have been killed and over 6,000 wounded in the last six days, though hospital doctors say the government is understating the true number of fatalities.

“The pro-Iranian militia have each taken a sector of Baghdad and are responsible for its security,” a source, who does not want his name published, told The Independent.

He said that snipers belonging to these groups had fired live rounds at protesters, often aiming for the head or heart. Eyewitnesses say that Iraqi soldiers are also firing directly into crowds of the protesters, who are demanding the fall of the government, jobs and an end to corruption.

We’ll tell you what’s true. You can form your own view.

The gunmen shooting protesters come from pro-Iranian factions of the Hashd al-Shaabi or Popular Mobilization Units, an 85,000-strong strong body that came into being to stop the Isis advance on Baghdad after the fall of Mosul in 2014. It is a coalition of about 30 groups, many of them predating Isis, which is paid for by the Iraqi government and nominally under its control, but with widely varying political loyalties. They includes powerful units, such as Ketaeb Hezbollah, which say opening that their first loyalty is to the Iranian leadership.

The demonstrations in Baghdad and in much of Shia southern Iraq are largely spontaneous, but where there are local leaders they have sometimes been singled out for killing.

Haider Karim Al-Saidi, a leading organiser of the protests, was shot dead by a sniper near Al-Mudhafar Square late on Sunday night. Earlier, witnesses had reported that they had seen snipers taking up positions on roof tops overlooking the square.

The paramilitaries have assaulted injured protesters in hospital: a doctor working in the Medical City complex in central Baghdad said that members of a paramilitary group called Asaib Ahl al-Haq, known for its pro-Iranian sympathies, had broken into a hospital ward filled with wounded demonstrators and started hitting them. When he protested, he was told “to mind his own business” and was beaten with a baton.

An Interior Ministry spokesman Saad Maan said that 6,107 people had been injured in the unrest, including 1,200 members of the security forces. Public buildings and political party headquarters have also been destroyed.

A paramilitary group called Kataib Hezbollah, which has no connection with the Lebanese group with a similar name but is strongly supportive of Iran, is alleged to have ransacked at least ten television stations that had been giving full or sympathetic coverage to the demonstrations. In one case gunmen in balaclavas arrived in twelve white cars without license plates and wrecked studios, seizing computers, beating up staff and taking their wallets and mobile phones.

The government has expressed suspicion that a third party is playing a role in provoking greater violence, through using snipers who shoot to kill. Interior Ministry spokesman Saad Maan said at a press conference that “malicious hands” were targeting protesters and security forces alike. This may be true in part but is also a bid by the security forces to evade responsibility for firing directly into crowds, though there is every sign that they have been doing just that. Repressive measures have included a two-day curfew, a continuing ban on the internet, and pre-emptive arrests.

The demands of the protesters have become more radical since last Tuesday, as the casualty toll has mounted, with growing calls for the fall of the government of Adel Abdul Mahdi. He has shown himself to be ineffective, making a speech at the weekend in which he outlined a 17-point plan including unemployment benefit and subsidised housing but he made little impression. In his year in office, Mr Mahdi has failed to introduce any important reforms, so his sudden zeal for change carries little credibility.

The signs are, for the moment that repression will continue but also that it will not succeed.

“The protesters are very young and feel they have little to lose,” says one observer. “They will go on protesting whatever happens.”

Despite Iraq enjoying monthly oil revenues of over $6 billion, pervasive government corruption since the fall of Saddam Hussein in 2003 has meant that there has been little new building of roads, schools and hospitals and there is a chronic shortage of electricity and, in some cities, water.

Above all there is a lack of jobs with a population pf 38 million, growing by one million year and 70 per cent below the age of 30. Many of these are jobless and include 307,000 graduates. Some of the have been camped outside ministries in Baghdad for the last three months asking for jobs appropriate to their qualifications, but not getting them.

Popular anger over long-standing socioeconomic grievances has been increasing year by year and the defeat of Isis in the siege of Mosul in 2017 means that the government no longer has the excuse that all its energies and resources are absorbed by the war against al-Qaeda type groups.

But this does not quite explain why the Iraqi government – along with pro-Iranian paramilitary groups – should have reacted so violently and counter-productively against a relatively small protest march on the Jumhuriya Bridge in Baghdad last Tuesday.

There have been much bigger protests without provoking such violence in previous years, including one last year in Basra that was close to a general uprising, but without live rounds being fired at demonstrators. In 2016, demonstrators stormed the Green Zone in Baghdad and ransacked the parliament building and the prime minister’s office while the security forces stood by.

Explanations for the self-destructive reaction of the government this time round include Prime Minister Adel Andul Mahdi’s advisers being dominated by military hawks prone to rely on force and with little political understanding. The aggressive role of the pro-Iranian paramilitaries is evidence that Tehran fears peaceful anti-government mass protests, along the lines of the Green Movement in Iran in 2009 and in Syria in 2011, both of which, at their peak, threatened regime change.

“The Iranians want to militarise the situation so it cease to be a mass movement,” says one Iraqi commentator. This would explain the shooting of so many demonstrators. But by over reacting the government and the Iranians may have provoked the very situation that they want to avoid.