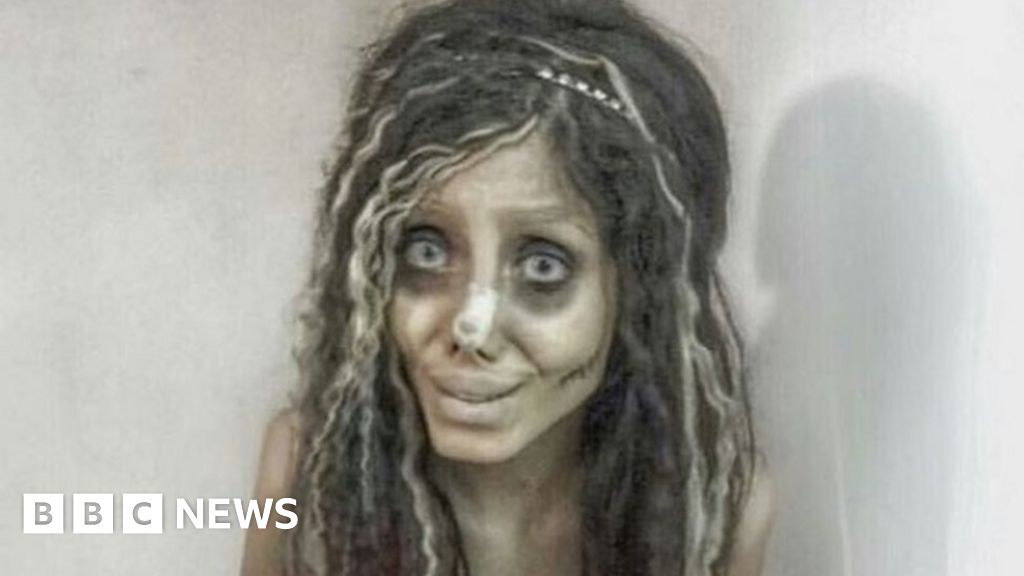 An Iranian Instagram star famed for posts which appeared to show she had gone to extreme lengths to look like US actress Angelina Jolie has been arrested, reports say.

Tabar made international headlines last year when photos of her went viral.

Though she was rumoured to have had 50 plastic surgeries, most of the pictures in her posts had been heavily edited.

Who is Sahar Tabar?

The 22-year-old known as Sahar Tabar has attracted global media attention for pictures and videos in which she resembles what has been described as a zombie version of Angelina Jolie, reports BBC Middle East analyst Sebastian Usher.

With sunken cheeks, a massively plumped up smile and a cartoonishly turned-up nose, she has caused concern over the dozens of cosmetic surgeries she said she had undertaken to resemble the American star.

But after fascinating and horrifying her growing audience on Instagram, she also hinted that much of her ghost-like appearance was down to make-up and digital editing – in effect she had turned herself into a kind of artistic installation.

What do we know about her arrest?

Judicial authorities arrested Tabar after members of the public reportedly made complaints about her, Tasnim reported.

She joins a long list of online Iranian influencers and fashion bloggers who have fallen foul of the law.

The report of her detention has sparked online denunciation of the authorities, with one tweet sarcastically suggesting she should have indulged in less incendiary pursuits, such as embezzlement and murder.