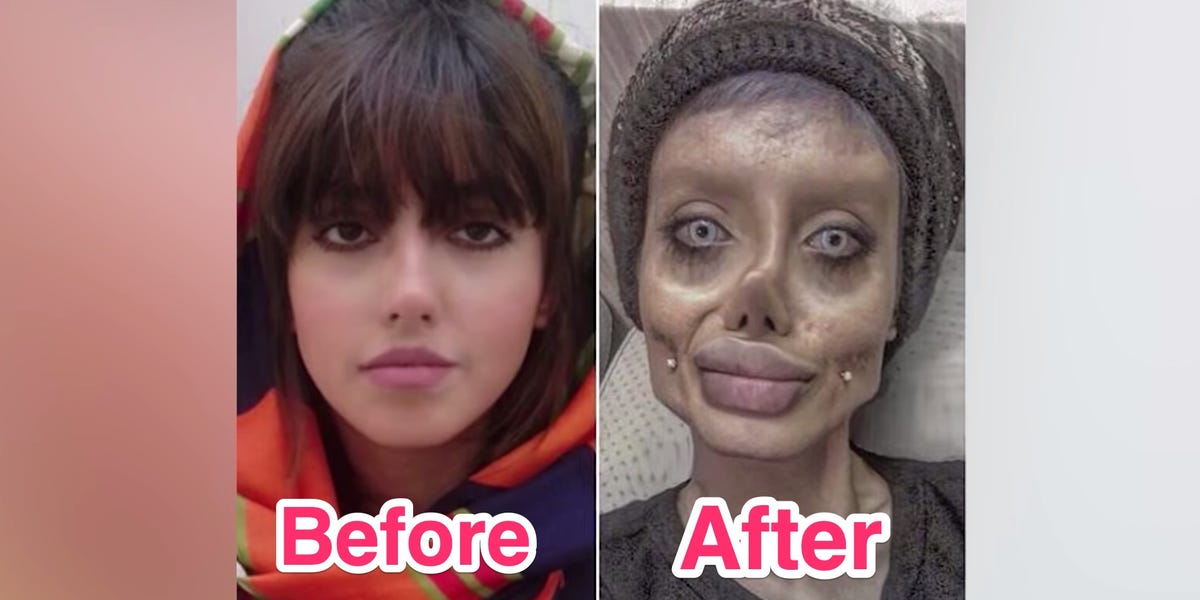 An Iranian Instagram star, famous for undergoing dozens of cosmetic surgery procedures in an apparent effort to look like Angelina Jolie, was arrested on Saturday, Iran's Tasnim news agency reported.

Tabar's Instagram account — which previously had 26,800 followers — was suspended shortly after her arrest. However, some fan pages have preserved photos and videos of her.

Who is Sahar Tabar?

Tabar rose to fame last year after posting photos of her drastically altered facial features, which were obtained through numerous cosmetic surgeries.

According to Radio Farda, the 22-year-old has had 50 procedures done to her face, though she has said that much of her appearance is down to makeup and “heavy editing.” Radio Farda is the Iranian branch of the US government-funded Radio Free Europe/Radio Liberty broadcasting service.

Iranians have criticized her for altering her features to look like actress Angelina Jolie, and was also widely said to resemble the Corpse Bride, a character in the Tim Burton movie with the same name.

It's not clear if Tabar deliberately set out to look like Jolie or the Corpse Bride — Insider has found no evidence of her discussing her reasons for her procedures.

Her surgeries are not related to her arrest, Tasnim reported.

Cosmetic surgery and other beauty procedures are popular among men and women in Iran.

Read more: 4 people who went under the knife told us why they did it, and their stories explain why the average age for cosmetic surgery keeps getting younger